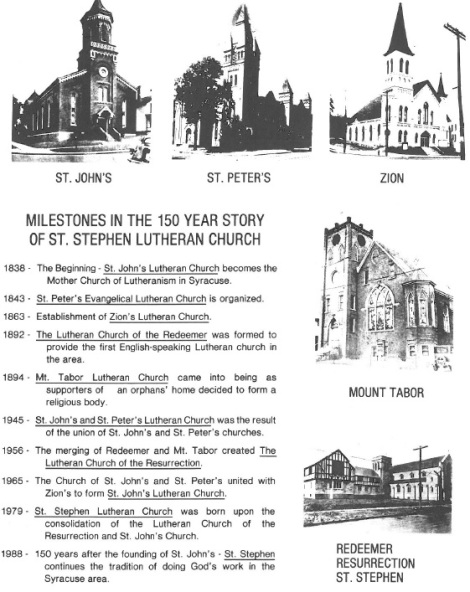 Many of the original churches were destroyed at some point by fire and rebuilt. Eventually some were impossible to maintain physically and financially.  All the churches traveled full circle in time, and in 1979 St. Stephen was established at the site originally built in 1929 by Redeemer.

The heritage of St. Stephen is rich and varied.  As a congregation, we work together to provide a spritual and welcoming worship on Sundays so that we all may go out and "be the church" through the rest of the week.  We pray that God will continue to bless this congregation as we bear witness to God's love in our community, the City Syracuse, and beyond

Support the ministry of God

at St. Stephen with a donation.

Set up a one-time gift or a reoccuring gift /offering.

Click the link above, to donate online through our Tithe-ly page.  Please consider checking the box to cover the costs of the transaction.  THANKS!